ARIS Internet was at SAU Tech to announce the award of $19.8M in funding from the USDA RUN Broadband Project Loan to deploy broadband across south Arkansas and to host a Q&A panel discussion on rural broadband.

On the panel were:

“In the 1930’s and 1940’s it was the electric cooperatives that brought electricity to rural America, today it’s access to the internet. This partnership leverages the strengths of both companies so we can come together and serve our customers and our communities. Companies looking to move to South Arkansas can know that they can get the same or better level of connectivity services they get in large metropolitan areas” states Mark Cayce , General Manager of OECC. 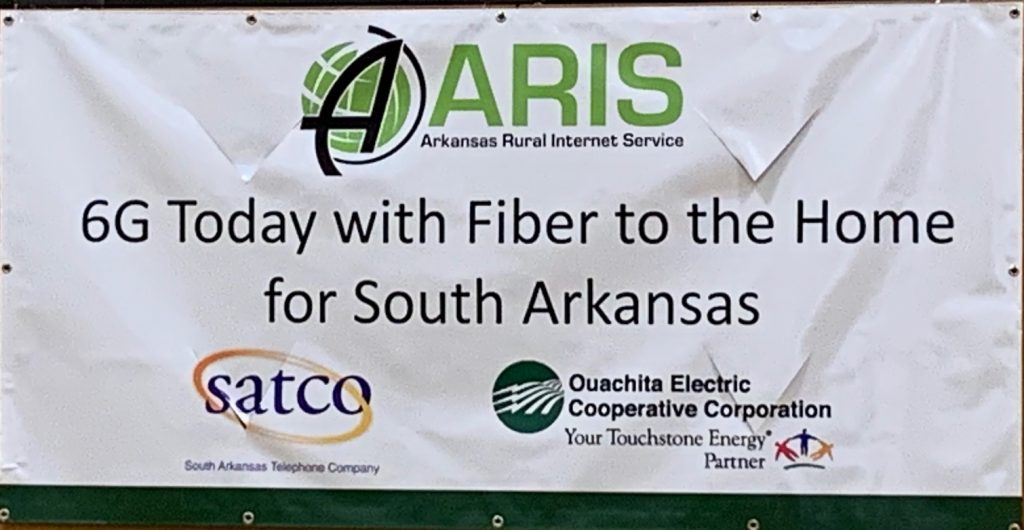 In September of 2016, ARIS announced plans to start building out new fiber to the home infrastructure in with the goal of reaching all of 9500 homes and businesses of the OECC membership with fiber optic network services over the next  few years.  The packages include options for:  high speed internet access of up to 1Gbps, digital voice with unlimited local and long distance, and video services with options for up to 70 channels.  ARIS has already invested $5M as part of their regional network buildout, and according to Lundy

“We’re adding Camden and Hampton, Arkansas to the list of gigabit cities that includes Austin, Nashville, Kansas City and Chattanooga. These services will be transformative for not only our customers but our region as well.  SATCO believes in partnerships with other entities to help drive economic development for southern Arkansas.” said Mark Lundy Director of SATCO.

Also in attendance were: